The COVID-19 pandemic is a tragedy on a global scale. At this difficult time, we see how entire countries sacrifice their economies to keep the population safe. This is definitely the right and moral choice. However, the result of it is the worst recession since The Great Depression. It would be extremely hard in developing countries, in particular. That’s because they’ve lost streams of income that helped them to get through the previous recession of 2008. And recovering those will take a long while if they ever are recovered fully. 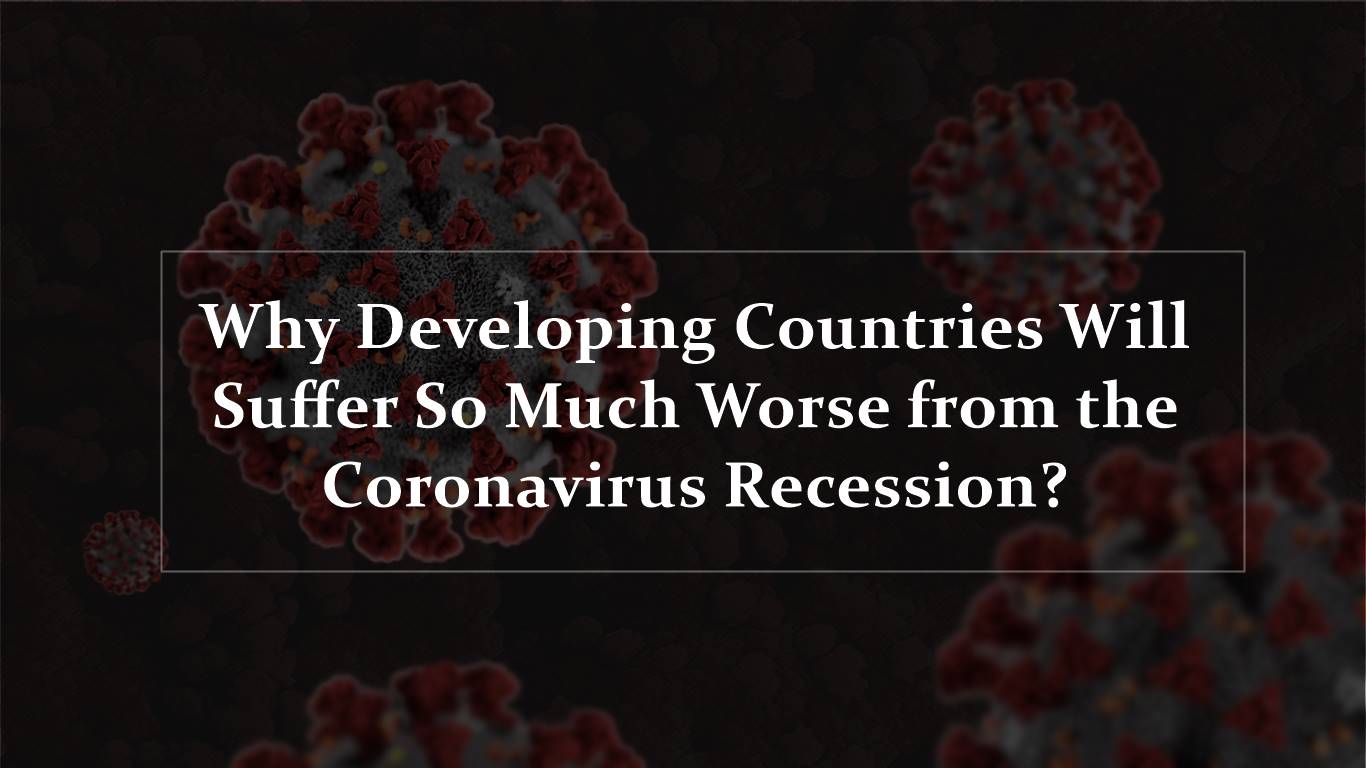 How Coronavirus Has Affected the Global Economy and Trade

Simply put, the coronavirus pandemic decimated global trade, which means the entire planet’s economy has all but collapsed. Of course, there are some industries that are faring quite well even in these trying times. The fintech industry, in particular, has seen a great boost in the times of lockdown.

However, those positive changes aren’t able to offset the destructive effects of the trade collapse. The most economically-devastating effects of the COVID-19 pandemic go somewhat like this:

Because the destructive effects of these changes snowballed and multiplied, the global economy has entered a recession. Unfortunately, as the pandemic is still going strong, these negative circumstances persist. With every passing day the ability of the world economy to recover goes down by a large margin.

Developing countries struggle at the best of times. However, the global recession always hits them harder. This one might be the worst in history because it all but destroyed the main streams of income that those countries could rely on.

When Will This New Recession End?

The worst thing about this recession is that it’s sure to be a long one. That’s because the pandemic itself has yet to end. Governments of multiple countries have no choice but to tighten lockdown measures. And every day spent with blocked trade and production means that recovery gets postponed by much longer than a day.

It’s only now that factories in China, where the pandemic began, are starting to get back on track. However, even they have yet to return to their “old” levels of production. And one shouldn’t forget that the pause in the production and global trade has created a void. It will take a lot of time to make up for everything lost during this period.

There is also sure to be a startup crisis during this recession. Lending has already all but stopped worldwide. Therefore, new businesses won’t be emerging to power up the economy. In the meantime, the number of small businesses has gone down already. More will close down in the future as they are unable to cope with the loss of business during lockdowns.

All in all, the situation looks grim. The world will not be the same after this pandemic and it’s impossible to predict the speed of recovery after the recession it caused.