Although offshore accounting has gained in popularity over the years, this type of banking is typically viewed with suspicion. Today, the ability to bank offshore and internationally is easier than ever before. There are advantages to this type of accounting but there are some pitfalls to consider as well. 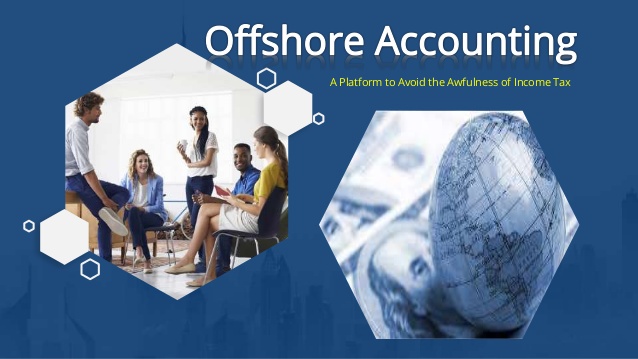 One of the reasons why people move their accounts offshore is to take advantage of tax benefits. In some areas, the tax rates are more favorable to investors. Offshore countries have done this in order to attract wealth, creating a winning scenario for their country. Additionally, as long as investors don’t make their money within the country or participate in local trade, any money that they store there is not subject to local tax laws. According to MLLP, this can be a reduction in income tax, capital gains taxes, and property taxes as well as others.

The public perception of offshore banking usually has negative connotations. This means that many people are concerned that having an offshore account will create problems with the IRS. Although it’s always best to consult with a financial planner before starting an account, not in your country, using the services of a bank outside of your country is not illegal if done for legitimate reasons. However, this practice is illegal if it is done with the intent of tax evasion. Drug money has historically been funneled through offshore accounts and knowledge of this practice makes the concept less desirable to some.

While it is possible to legally have an offshore account, this may not be the best option for every person or company. To get an idea of the potential downsides, there are several disadvantages to consider.

One disadvantage that you might not realize is that the costs of banking offshore aren’t necessarily lower. In some areas, the cost of offshore banking may be lower than your local fees. However, it’s always a good idea to compare costs and also look at any fees that may come up. At the same time, consider if the offshore bank has a minimum deposit requirement. With a domestic bank, most people can start an account with about $100. When it comes to an offshore account though, prepare for a much higher minimum deposit. Always check this before going through the steps to avoid running into fees or difficulty setting up an account.

2. Research Needed to Determine the Ideal Offshore Location and Bank

One of the downsides to offshore banking is that it refers to a wide variety of services, locations, and banks. There are many differences, for example, between opening an account in Tokyo and establishing an offshore trust in Belize. If you want to determine which option is best for you, you’ll have to do some research. You may want to consider long-term stability and short-term benefits. You’ll also have to consider if you’re banking to grow your funds or if it’s simply to preserve those assets for the future.

Consider whether you’re establishing a trust which will then be left alone or if you’re going to need to access those funds on a regular basis. Since offshore banking doesn’t refer to anyone particular location, it’s best to compare the various benefits in a few different locations to determine which jurisdiction is going to be best for your needs. However, all of this work is going to take time and you’ll have to commit a significant effort.

In the past, people who banked offshore were not always seen in a favorable light. Many different types of people and businesses use offshore banking today but the reputation that suspicious activity is happening often persists. This shouldn’t impact your decision to start offshore banking but it’s something to be aware of. Today, offshore banking is legal and legitimate. You should always follow regulation and disclosure laws when they apply to your banking and ensure that all transactions are appropriate. As more people see the benefits of offshore banking, attitudes and perceptions may change. However, you should still be aware that there may be some suspicion from others when you have an offshore account.

Although money stored in a domestic account is insured to a certain amount, you may not have the same protection for your offshore accounts. In some countries, the banks are not as secure and it’s important to look at risk before opening an account. If there is a financial crisis or if the bank defaults, you may not be able to retrieve any of the money you’ve deposited. This is why it’s incredibly important to do your research before opening an account. You may also want to get the expertise of a competent professional who knows the banking system in the county and the legal requirements of the offshore jurisdiction to conduct research for you and make tailored recommendations for your situation.

Now that you have an idea of potential problems with offshore accounting, you may want to consider if this is the right choice for your situation. It is possible to do this legally but has been used to avoid paying taxes and fees by some companies and individuals. In general, it’s best to do a fair amount of research to determine if this is the best choice. Using caution in this area is highly recommended as well as obtaining the advice of a financial expert.

Hi, I’m Tejasvi, a Part time Blogger and a CSE student. I love to explore the information online and share with others on Finance Gradeup